Men in Dresses: Why It’s Not Just About The Dress

Harry Styles, a well-known singer / celebrity wore a dress and liberals are loving it. “There’s so much joy to be had in playing with clothes,” he gushed. “I’ve never really thought too much about what it means. It just becomes this extended part of creating something.”

Any one person calling this out as emasculation and “an attack on real men” (cheers to Candace Owens), will be promptly attacked by the mob. Though its funny, Candace Owens is the only one I’ve heard in the news that has denounced it, I have mostly just heard people complain about “people hating it”. But maybe that’s just good ole media bias and shadow banning of these good people. Also, can we talk about this being the one and only situation in which a black woman is being attacked on behalf of a white man???

The left brings up that “men wore dresses in the past so this is OK and not emasculation.”

Let’s talk the this.

Another man wore a “dress” to the Oscars in 2019, Billy Porter, “Look at history! Men wore dresses!” he lisped, adding that “Jesus wore a dress” and “ Women show up every day in pants, but the minute a man wears a dress, the seas part,” Another interesting thing is that he mentions he doesn’t care about what people think of how he acts or dresses, yet he never shuts up about it. This is quite popular among liberals… “I don’t care what you think, but I’m going to viciously attack anyone who disagrees with my actions and opinions, and never stop trying to justify my obviously depraved actions and opinions because I don’t care what you think.” Huh? I go on and on about what I believe, but at least I don’t pretend I don’t care what people think about it. Also, are we just not going to mention that Billy is a married homosexual who dresses odd anyway? And we’re just going to continue with the whole pearl-clutching, “This is just like men in the past who wore dresses! Why is everyone so shocked and meannnnn!?“?

“Men in history wore dresses! So dresses are masculine.” Oooo you totally got us there! Ha.

See, here’s the thing, we are leaving a very very big something out of the picture here… Let’s see if I can make this as clear and simple as I can.

There are a few things of which we need to remind ourselves before we can even attempt to dive into the twisted mindset of secular society and their “definition and redefinition of masculinity.”

The Catholic Church has and will always call for men with courage, strong moral backbone, the ability to be able to protect the vulnerable in any way they must (yes, even using guns if necessary). The effect of strong men is a safe, well functioning society. Strong men take care of their wives and children and do not let them come to harm in any way, and never leave them. Strong men make sure their cities elect good officials who will not only make the dignity of human life a priority but will also work honestly. Strong men notice and fix problems in the home, society and yes in the Churches. Strong men are there when times are tough, and help fix it. A society that is broken is one with broken families, single mothers with no where to live or go for help, unwanted children aborted in the womb, unfair and unjust economic systems that are based on debt and interest and not true wealth, ill-functioning laws and political systems that are only focused on greed and p, I can go on. Good, moral, strong men are an essential piece in a Christocentric, healthy society, and this is what secularist are continually pummeling in the ground with their filthy heels while crying against so called “toxic masculinity”.

Anyone with a brain and a pair of eyes can see that the Catholic Church is not against “men in robes”. Look at our good traditional priests and their cassocks. Look at the clothing of our clergy. Look at the robes of male judges, and old royalty. Cultures that include men wearing kilts and togas are not condemned by the Church either. But these are and were not worn to “prove something” to society, to show off their ability to be “out and proud homosexuals”, to promote a severely immoral and broken ideologies and lifestyles that has been made the norm in society. The left have taken the beauty of robes and have done what they always do to everything: made it all about sex and breaking with tradition and so called “taboos”.

To conclude, a man in a dress isn’t just about a man wearing a feminine-styled dress, it isn’t a hat tip to men in history wearing robes and tunics, it isn’t a show of masculinity, nor is it even a salute to men of different cultures like the Scots. It is a blatant result of Toxic Feminist, homosexual, anti-family, anti-life, anti-gender role, anti-GOD ideology and practice. Don’t tell me a grossly homosexual deviant wearing a dress is masculine. A traditional, spiritually strong man in a cassock giving his life to Christ and to serve others is indeed masculine. There is a difference, and I can assure you, the left knows it.

“It is quite certain that the skirt means female dignity, not female submission; it can be proved by the simplest of all tests. No ruler would deliberately dress up in the recognized fetters of a slave; no judge would would appear covered with broad arrows. But when men wish to be safely impressive, as judges, priests or kings, they do wear skirts, the long, trailing robes of female dignity. The whole world is under petticoat government; for even men wear petticoats when they wish to govern.” 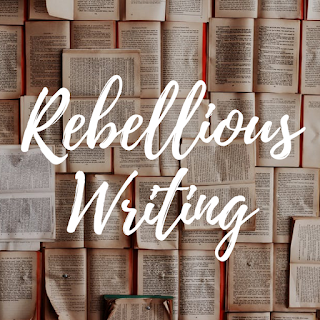